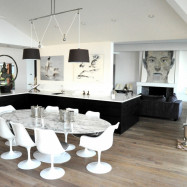 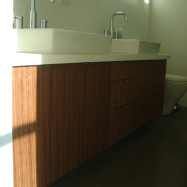 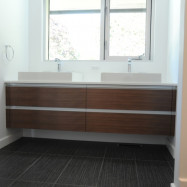 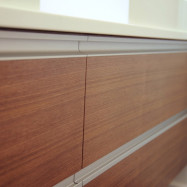 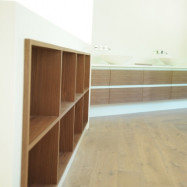 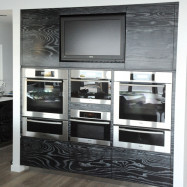 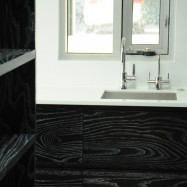 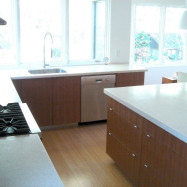 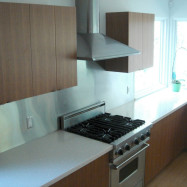 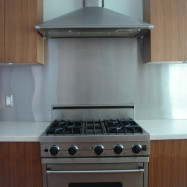 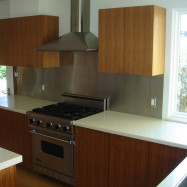 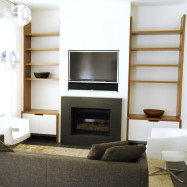 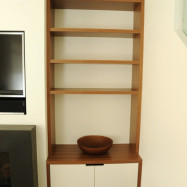 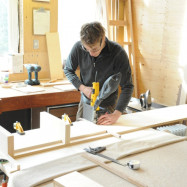 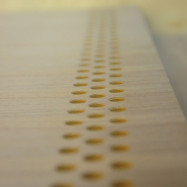 Dreams, ideals and new heights… and the know-how to get there!

The German word gesamtkunstwerk translates as “a synthesis of the arts”, and this term aptly describes Nico Spacecraft, Inc. Their work exhibits the intellect of architecture, the refined hand of the craftsman, and the empathy of an artist. They produce cabinetry, furniture and interiors, but that is an underestimation of the experience of working with them.

Like a shell to a crab, these folks create custom tailored solutions that work complimentary to the way you live; intended to move the way you move and to withstand the tests of time. It is an experience they themselves describe as wholesome.

Nico Spacecraft Inc., fronted by the husband and wife team of Jess and Nicolas Meyer, is located a forty minute ferry ride outside Vancouver. Their “design & build” studio-shop, constructed almost exclusively from reclaimed materials, is located on the Sunshine Coast, where bear and mountain lions have been known to wander onto their property.

Originally from Hamburg, one of the world’s largest harbors located in the north of Germany and from Basel, a town close to the Alps in Switzerland, Nicolas describes Vancouver as a fusion of both these cities he has lived in. “Though an international harbor city this growing Canadian metropolitan has retained its quaintness of a small town by the mountains.” he explains. It is this macro and micro-scaled thinking which is evident in their work, as there is a holistic relationship and experience between the small and large perspectives. The following is posted on their website:

We see the whole tree in every piece of wood, look for the entire being in each individual and find beauty in things that work and make sense. We know we can learn from everything and everyone, and work not only with our heads & hands but our hearts & soul.

It was in Germany that Nicolas was first exposed to the Bauhaus, the famous Weimar school founded on the idea of creating a ‘total’ work of art. The Bauhaus style, which calls for a synthesis of all practices including architecture, would become one of the greatest influences on modern design and architecture. Perhaps, then, it is no coincidence that Nico Spacecraft Inc. designs in a modern style.

When asked about thinking green Nicolas explained, “Europe was ahead of this green curve. A lot of products have been developed green there for a while. For example formaldehyde was not even allowed in MDF. We grew up composting and recycling, I drove my bicycle along side hydrogen buses… it was a normal part of life. When I came to North America and worked in shops I wondered why my eyes teared and my nose got itchy, and I discovered that in North America they do add formaldehyde to materials. Where I could I picked non-off-gassing materials.

As the company grew and projects got more substantial, I was able to incorporate more green factors, like PureBond® hardwood plywood, without really letting my clients know. I would just fit it into the budget or swallow the difference when I had to. I did that because I felt it was simply common sense: it was their lives, but it was our lives as well. Now I am to the point where this is my standard, this is how we work: as green as possible.”

Nico Spacecraft received critical acclaim when their work was unveiled at the International Contemporary Furniture Fair (ICFF) in New York City. Their work has been featured in publications such as Metropolis, Casa Deco, Western Living, Vancouver Magazine and more.