“It’s a celebration of coming home.”

“It’s a celebration of coming home.”

Bill Thompson, a Team Lead in our Chatham, Virginia mill, has experienced a rather amazing story that touches on history, family, home and friendship.  So amazing, that 60 Minutes chose to report on it earlier this year.

It started when Bills’s grandfather bought a property at an auction in 1917. “There were 220 acres of land with the house when we bought it,” says Thompson. “My family and I lived and worked the farm 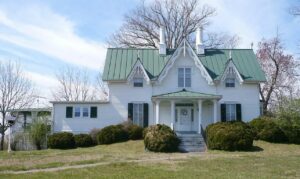 all our lives. We still have cattle and hay on the farm. We grew 50 acres of tobacco and 1,000 acres of wheat and soybeans. We rented land for the grains. We have about 60 head of cows on the farm and 100 acres of hay land.”

The Thompson family found themselves keeping up with the buildings, as something always needed to be fixed or updated. “We updated the wiring in the house, updated the well and septic system,” says Thompson. “We painted all the building tops and main house and office.

“We spent a lot of time and money protecting the structure of the buildings. We knew they were old and historical. We were just stewards of the land and house, just trying to keep them looking good.”

Years down the line, Thompson’s family made the decision to sell the home and nearby buildings.

“I did not know the Miller’s family history, but when we were working together in Danville, I told Dexter that it was a good chance that his ancestors came from there,” Thompson stated. “There were a lot of people with the last name ‘Miller’ in the area.”

As it turns out, after purchasing the property, the Millers found out that their ancestors had been slaves on it.

Miller and Thompson’s relationship had not changed after this — it actually did quite the opposite and brought the families together. “I had just met Fred when he bought the house,” says Thompson. “He grew up three houses down from us, but the age difference had us doing different things. He has told me that I will always be welcome in that house.”

So, what kind of experience did Thompson walk away with after being interviewed? Thompson states that his experience was “awesome.” 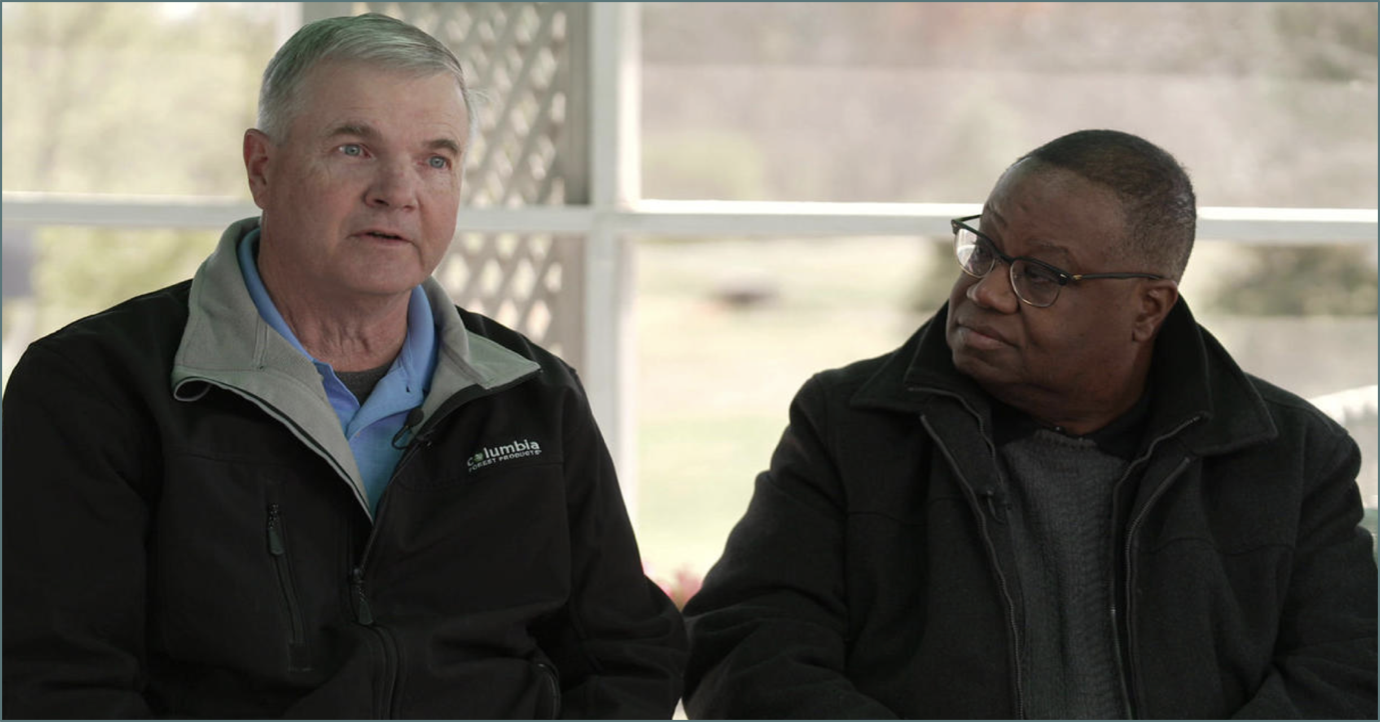 “The producers came down to the farm in February after the first article appeared in the Washington Post,” says Thompson. “When they came down, they asked Fred Miller if they knew the former owners and he told them I lived next door, that I had been a big help to him with issues with the house. The producers asked if I would come over during their February meeting to talk with them about my family’s role with the house and the farm.”

Thompson also talked about his experience “I was told that this building (old building out back referred to as “The Kitchen”) was used to cook food for the main house. It was interesting to see the research team go through the old kitchen building and show us how the building changed its appearance over time.”

Did Bill Thompson have his claim to fame after this interview? “There was no claim to fame here at work. It has been business as usual every day. It was a good experience, and I am looking forward to seeing the restoration project that will take place on the old kitchen building.”

Fred Miller told the team at 60 Minutes that “he plans to clean up the cemetery and is in the process of creating a non-profit foundation to restore the slave quarters on the property to help educate people interested in the history of slavery.”  This is a link to the Sharswood Go Fund Me page.

To learn more about the story, you can click here.