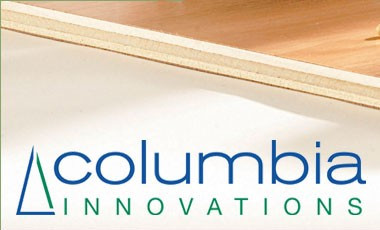 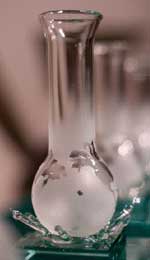 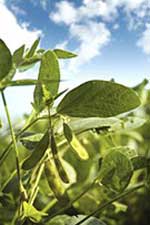 Inspired by the superior properties of the protein that mussels use to adhere to rocks, Professor Li and his group at Oregon State University invented environmentally friendly wood adhesives based on abundant, renewable soy flour. Professor Li modified some of the amino acids in soy protein to resemble those of mussels’ adhesive protein. Hercules Incorporated provided a critical curing agent and the expertise to apply it to commercial production of plywood.

Oregon State University, Columbia Forest Products (CFP), and Hercules have jointly commercialized soy-based adhesives to produce cost-competitive plywood and particleboard for interior uses. The soy-based adhesives do not contain formaldehyde or use formaldehyde as a raw material. They are environmentally friendly, cost-competitive with the UF resin in plywood, and superior to the UF resin in strength and water resistance. 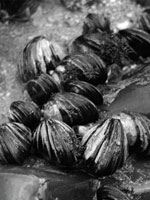 All Columbia plywood plants now use soy-based adhesives, replacing more than 47 million pounds of the toxic UF resin in 2006 and reducing the emission of hazardous air pollutants (HAPs) from each Columbia plant by 50 to 90 percent. This new Columbia plywood is sold under the PureBond® name. During 2007, Columbia Forest Products will replace UF at its particleboard plant. The company is also seeking arrangements with other manufacturers to further the adoption of this technology.

With this technology, those who make and use furniture, kitchen cabinetry, and other wood composite materials have a high-performing formaldehyde-free alternative. As a result, indoor air quality in homes and offices could improve significantly. This technology represents the first cost-competitive, environmentally friendly adhesive that can replace the toxic UF resin.

The technology can greatly enhance the global competitiveness of US wood composite companies. In addition, by creating a new market for soy flour, currently in over-supply, this technology provides economic benefits for soybean farmers.

*Sharing the award for Development and Commercial Application of Environmentally Friendly Adhesives for Wood Composites: